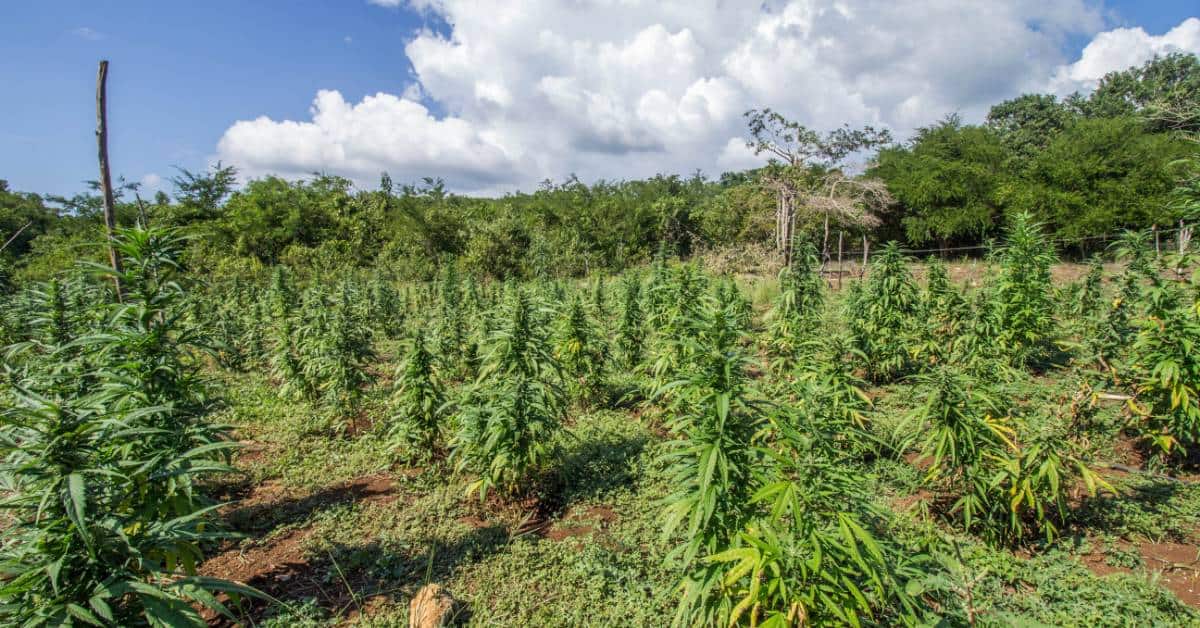 The Lurking Toxins in Your CBD Products (Part Two)

Because pesticides are used in the hemp and cannabis industries, some products can be unregulated.

In part one, we explored what pesticides and GMOs are and how they impact our health and environment. We’ll continue the dialogue about pesticides and the impact they’re having in the cannabis and hemp industry, what the regulations are, and why organic and non-GMO CBD products are critical.

Why organic and why non-GMO? At Elyxir, we’re committed to providing you with a transparent product that supports your health and wellness! Learn more about pesticides in today’s post.

The Impact of Pesticides in The Hemp and Cannabis Industry

Like any other crop, hemp and cannabis need the essentials to grow — water, sunlight, and a rich fertile soil. It’s when some growers incorporate pesticides where we see it impact our health and environment. Let’s look more closely at pesticides in hemp and cannabis production.

An interesting disconnect occurs with consumers — many seek out organic and non-GMO products when it comes to their food, yet when it comes to beer and cannabis they don’t really think twice about the agricultural practices or effects of pesticides.

Just think about it, most of the alcohol you drink comes from some of the worst offenders when it comes to crops laden in pesticides — grains (beer), corn (whiskey), vodka (potatoes), and wine (grapes). And, to make matters more interesting, most Americans drink an excess of booze, anywhere from 15 to 73 drinks per week — mmmm, pesticides in a cup!

This is what we know currently of pesticides in hemp and cannabis production:

The Environmental Protection Agency (EPA) oversees pesticide use and levels in agricultural crops, but since cannabis is a federally illegal crop, there are no regulations. There are often reports of samples taken from cannabis plants where pesticides are poorly monitored and it shows — these plants are testing positive for 1600 times more pesticides than the legal limit.

Because there is very little research on the subject matter the health impact is unknown, but we do know that most pesticides, in high quantities, are toxic to humans. To further the issue, most people consume cannabis by smoking or vaping, and this can cause an even greater health consequence because when certain pesticide chemicals are heated, they become even more toxic.

A toxic overload burdens our immune system and impacts our liver function.

The 2018 Farm Bill was great news for those farmers growing industrial hemp — it is now legal for them to grow, but the still murky area is how pesticides can be used. Hemp is not a new crop (people were encouraged to grow it during WWI), but since it’s reappearance the pesticide game has changed.

Using pesticides can be confusing — there are specific regulations and products to use on more recognized crops such as corn and soybeans, but not for hemp. So, again, we run into the issue of not having regulation on pesticide use in the hemp industry.

It’s also important to note that industrial hemp is grown not only for CBD products but for other goods and textiles such as fiber for clothing, so while the pesticides used might not be an issue for this purpose, it is for those who are consuming it.

What Pesticides Mean For Hemp and CBD Consumers

While there are known health concerns when it comes to consuming an abundance of pesticides, it can be a serious issue for those consuming CBD products. Typically, people seek out CBD for its health benefits in combating a specific issue, and when they’re consuming a CBD product that is not organic or non-GMO, one that has no pesticide regulations, this could be a contraindication to taking the product in the first place.

After a slew of cannabis recalls such as the TruCannabis pesticide contamination in 2015 and a lawsuit involving LivWell, one of the nation’s largest Cannabis growers, the cannabis industry has a way of weeding through its own and holding growers and producers accountable. So although they are not regulated by a government agency, they’re working hard towards more regulations.

Third-party agencies are beginning to emerge and certifying responsible growers and safe suppliers. These agencies include Clean Green, the Organic Cannabis Association, and Certified Kind.

In states where cannabis is legal, they’re also striving for more regulations and transparency, with both California and Colorado imposing stricter pesticide testing requirements. Washington state has begun to implement its own organic certification programs, with the hope of the other nine states following suit within the near future.

The Importance of Organic and Non-GMO Products

The adage in the industry is, don’t panic…if it’s organic! It’s important for CBD consumers to find a product that is either organic, non-GMO, or both because the alternative is using a hemp product with heavy pesticide use that may negatively impact your health — and this is a huge problem if you’re trying to heal and support your body.

When you choose a company, vet them in their practices just a bit. Are they organic or non-GMO? You can also ask them for a COA (certificate of authentication) that show their test results and what’s in the hemp they’re using.

It’s important as CBD consumers, to bring awareness to the products we’re using, especially for our health. Oftentimes we can get caught up in industry jargon such as full-spectrum, terpenes, and talk of the other cannabinoids, and miss the basics in how the hemp is grown.

When it comes to a quality-crafted hemp product, our CBD tinctures are organic and pesticide-free.